Posted on March 9, 2018 by Christopher Gabris

In January 2018, the White House proposed opening nearly all U.S. waters to offshore drilling. On the East Coast, governors are speaking out with concerns about the risks offshore drilling would pose to the coastal environment, economy, tourism, and quality of life. Out of 22 U.S. coastal states, 15 governors stated opposition to drilling. Additionally, over 140 local communities along the Atlantic Coast have passed resolutions opposing offshore drilling, seismic testing, or both.

The Southern Environmental Law Center (SELC) launched a public messaging campaign to elevate the voices of local communities opposed to offshore drilling when the previous administration released its proposed drilling plan in 2015, and has continued these efforts in light of the current administration’s plan to reopen the possibility of drilling in the Atlantic. Working in six states throughout the Southeast, SELC has over 70 attorneys and nine offices dedicated to clean water, healthy air, mountains and forests, and coastal protection. A nonprofit organization, they work at all levels of government and with all three branches to strengthen laws, hold government accountable and stop environmental abusers. 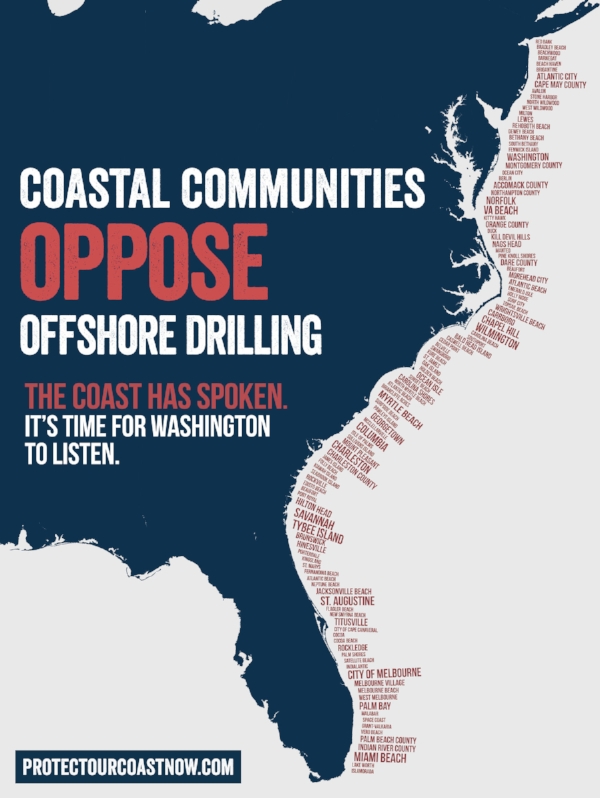 For the #ProtectOurCoast campaign, SELC worked with Blue Raster to develop a Story Map outlining the major concerns of offshore drilling in their region. SELC was interested in creating an interactive story-telling tool to better inform communities about the threats of offshore drilling and to drive public comments to the Bureau of Ocean Energy Management (BOEM). The Story Map highlights state and local opposition, incompatibility with existing military training areas, impacts of drilling infrastructure, and threats to coastal economies. SELC also draws attention to the region’s abundance of natural resources, including habitat for species like the critically endangered North Atlantic Right Whale, dozens of National Wildlife Refuges, National Seashores, state protected areas and ecologically important marine areas, where a single oil spill would devastate the healthy waters and clean beaches that are critical to wildlife and coastal communities.

Learn more about the risks of Offshore Drilling at the campaign page and Story Map! 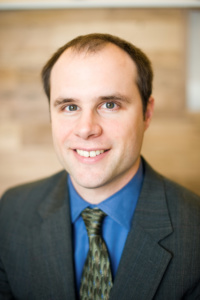 “Working with Blue Raster has allowed SELC to provide users with the ability to learn the core concerns of opening the Atlantic coast to offshore drilling, and the power to interact with the data on their own terms. The assemblage of marine and coastal ecological data, compatibility of military operations, industrial footprints, and community opposition created a set of stories, difficult to communicate through print maps alone. Blue Raster helped SELC transform an ArcGIS Desktop workflow into a multi-faceted geospatial tool with Web App Builder, Story Map Templates and ArcGIS Online. The result-an interactive, engaging experience for users to explore the impacts of the proposed drilling plan by showing what’s at stake for communities, environmental resources, economies, and quality of life along our coast, and how these factors overlap and interplay.”