Blue Raster partnered with Greenpeace and Global Forest Watch (GFW) to help protect one of the world’s most fragile ecosystems: forests. Their threat from fires and deforestation has been characterized by some as one of the worst environmental disasters in recent history. Fires across Indonesia have far-reaching effects on both air pollution and climate change while deforestation depletes the natural forests and changes landscapes for years to come. The Greenpeace Indonesia mapping application fuses the most helpful datasets together and makes them available to the public. Datasets include: detailed concession information including forest cover, fires instances provided by NASA’s Fire Information for Resources Management System (FIRMS), and selected animal habitats. 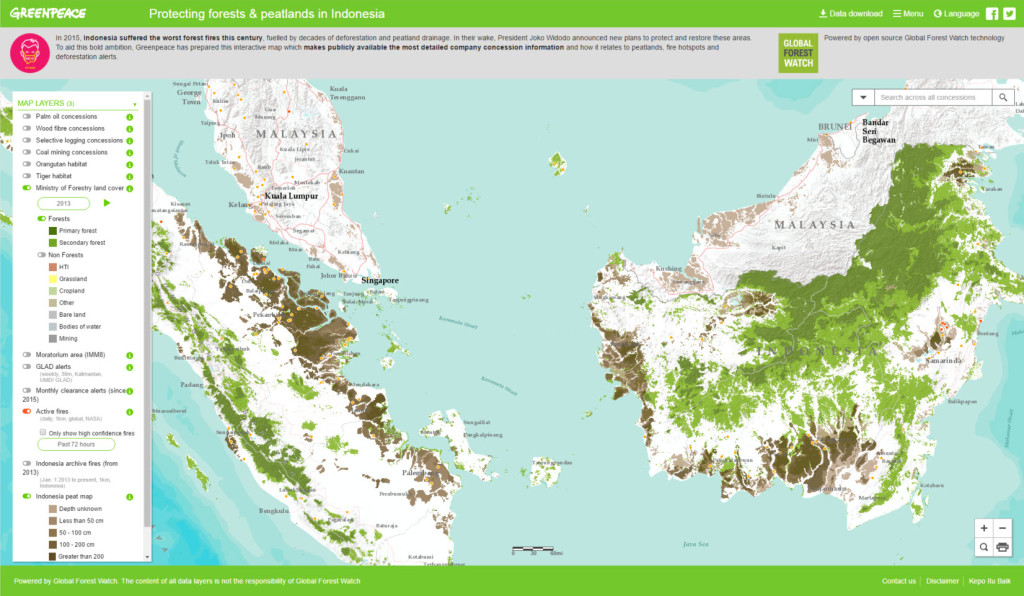 Greenpeace Indonesia allows decision makers to accomplish ambitious goals by getting the latest data in the hands of the public: especially in the hands of people who can act on it. The Energy Desk at Greenpeace further describes the mapping app in their post, “Investigation: Mapping Indonesia’s fires and logging rights”. Additionally, Channel NewsAsia suggests in their publication, “Greenpeace Indonesia launches map to track haze-causing fires,” that the map can be used as evidence in court — this is certainly a game changer.

This application uses the ArcGIS JavaScript API, React JS, and Flux, creating a reliable repository of data that can be viewed and downloaded within the application. Many Indonesian residents are able to have access to data for the first time, and hold land owners responsible for deforestation and illegal fires that have repercussions across Southeast Asia. 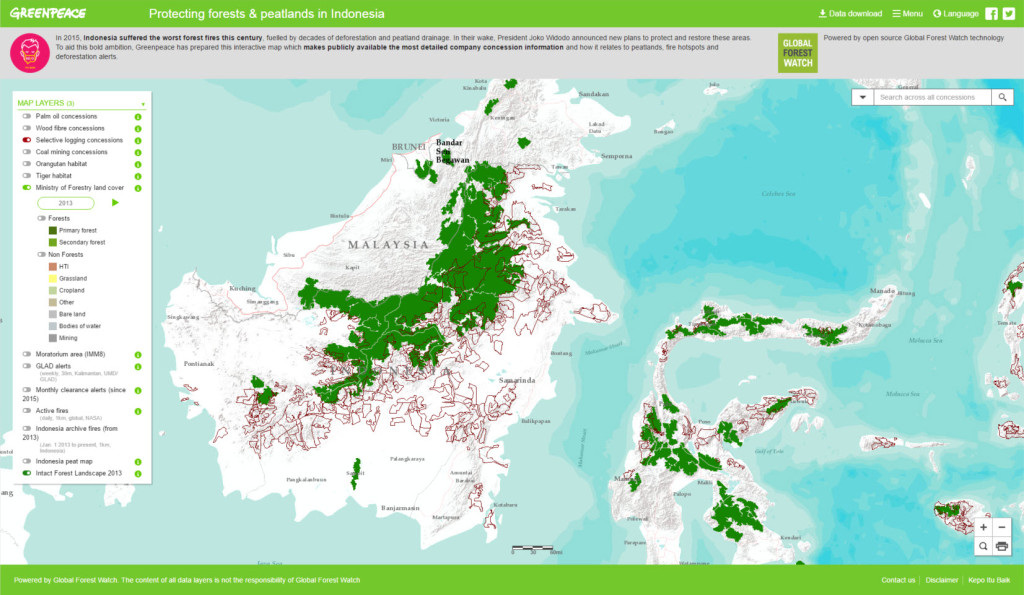 “Since the catastrophic fires last year, Indonesia’s president has made commitments to ending the destruction of the carbon-rich peatlands but this will only be possible with free access to up-to-date information on land use and land tenure. In 2011, the Indonesian government promised a single mapping platform to publish this data – One Map – but it now may not see the light of day until 2019 at the earliest. We can’t wait that long, which is why we’ve compiled and released the most comprehensive concession maps available. We worked closely with the team at Blue Raster to combine our data with several other map layers provided by GFW, including fire and deforestation alerts. Together, these data sets provide an essential tool for producers, traders, consumer companies and researchers to monitor activity on the ground in near-real time and – cruicually – see who controls the land on which fires and deforestation occur. Out hope is that the Kepo Hutan maps will spur the government into action and set the standard for the official maps which are so desperately needed.“