Blue Raster recently had the opportunity to create and present a StoryMap using the new ArcGIS StoryMaps (currently in Beta) for Esri’s “The Magic of Maps: How to Engage and Inspire Your Community” event. At this event, we were able to introduce our own thoughts on the new platform, as well as give advice on how organizations are able to utilize these tools successfully. The StoryMap itself, titled Measuring Success, goes into detail on how some of Blue Raster’s nonprofit partners are tracking progress of the United Nations’ Sustainable Development Goals. It addresses five of the seventeen SDGs and encompasses the work of The Demographic and Health Surveys Program, UNICEF, and The Nature Conservancy. 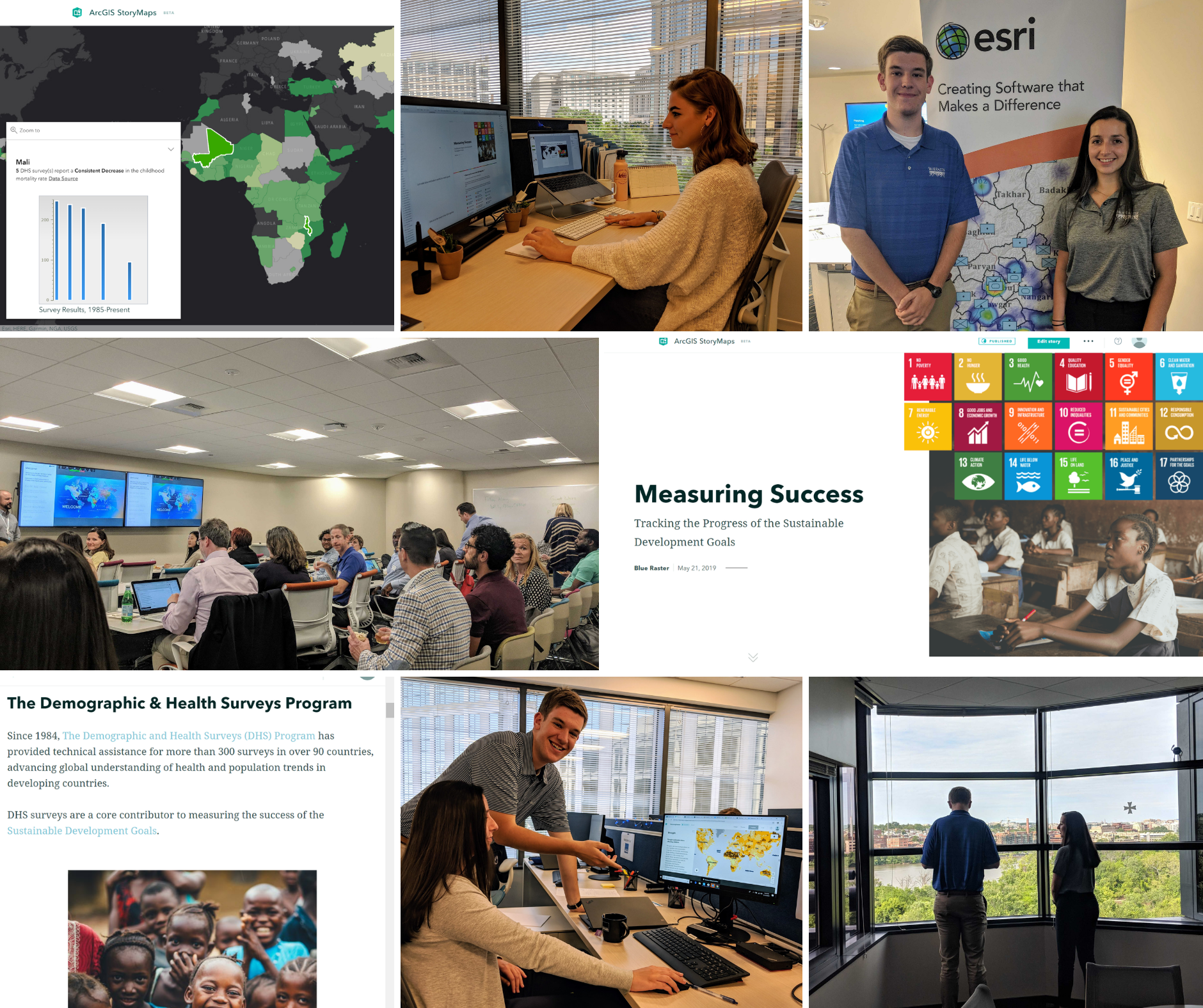 The Magic of Maps

The presentation focused heavily on how organizations can be successful in the creation and utilization of their StoryMaps, including knowing the target audience, recognizing the potential of a successful StoryMap, and creating a concise and engaging design. Additionally we were able to showcase the features included in the new beta version of ArcGIS StoryMaps. With the new, modern platform users are able to pick and choose distinct elements to piece together, rather than having to select a set template. Uniform text and font size options also help to eliminate the complexity of styles and reduce design workload. Dynamic media types such as maps, videos, and images can be seamlessly integrated into a number of StoryMap features to further engage the audience. Most importantly, the new builder has a simplistic user interface that allows anyone regardless of prior experience (or lack thereof) to produce a professional-caliber StoryMap.

You can view the slides and listen to the presentation here.

Danger in the Air: UNICEF

Posted on December 6, 2017 by Kevin McMaster

Blue Raster collaborated with The United Nations Children’s Fund (UNICEF) to help produce Danger in the Air: How air pollution can affect brain development in young children. Leveraging the analysis pioneered during a recent study with UNICEF regarding air pollution, Blue Raster and UNICEF used satellite imagery of outdoor air pollution in combination with global demographic data to determine that 17 million babies under the age of 1 breathe toxic air, with the majority living in South Asia. The report also highlights why young children are the most vulnerable to the impact of air pollution. 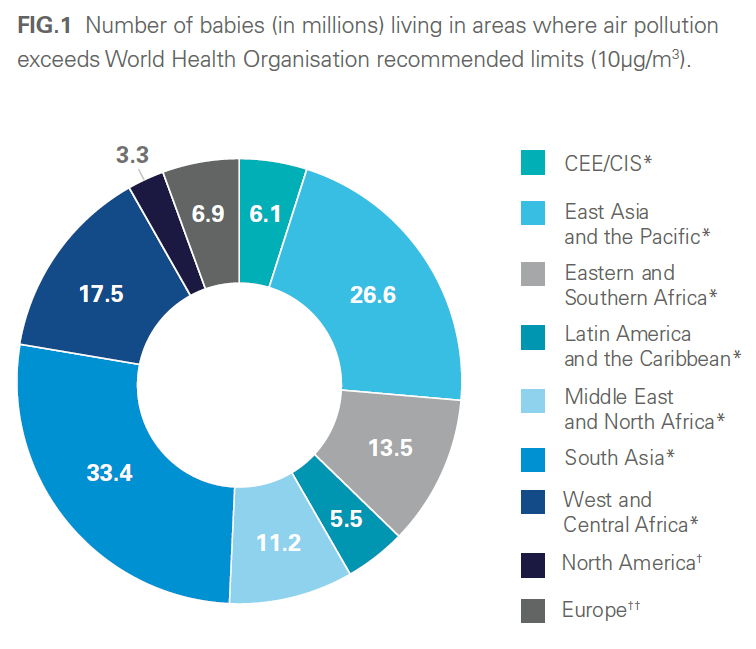 Air pollution is a critical health issue to people all over the world. Children are especially vulnerable to air pollution due to their physiology: their lungs are still developing, and exposure to harmful air during this critical period can be especially detrimental, causing life-threatening diseases. A growing number of studies are even pointing to the impacts of air pollution on a cognitive development. They note that breathing in particulate air pollution can damage brain tissue and undermine cognitive development – with lifelong implications and setbacks. 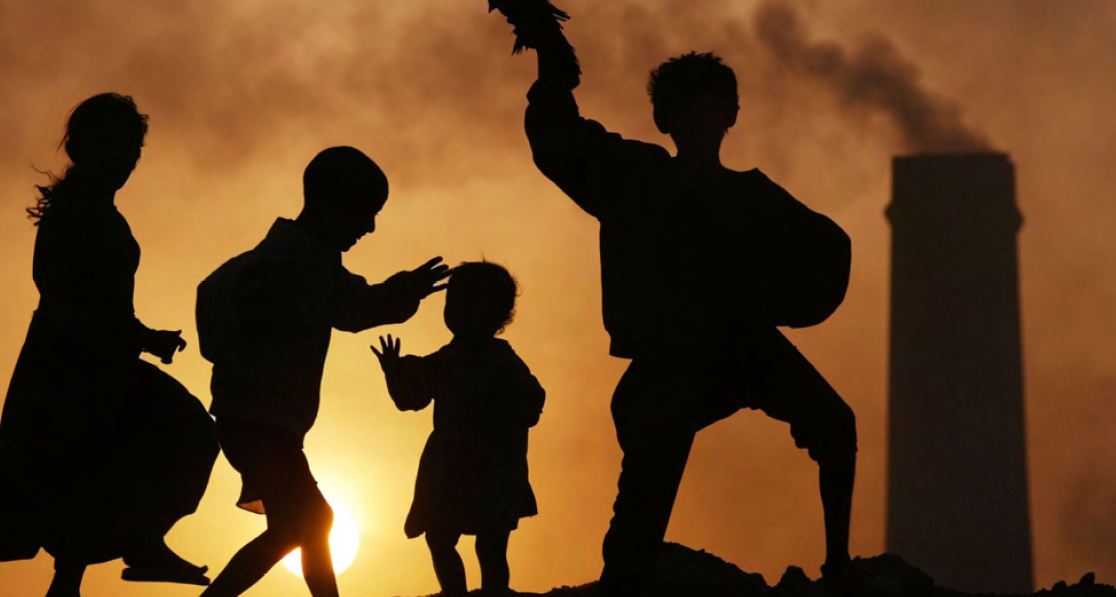 UNICEF has made its mission protecting and empowering children around the world. With Blue Raster’s help, UNICEF identified the youngest children who are most vulnerable to the dangers of air pollution, and promotes a greater understanding of this issue among governments, communities, and families. Further geospatial analysis can help us identify trends, pinpoint sources of pollution, and create plans for reducing pollution in the future.

“Not only do pollutants harm babies’ developing lungs – they can permanently damage their developing brains – and, thus, their futures. Protecting children from air pollution not only benefits children. It is also benefits their societies – realized in reduced health care costs, increased productivity and a safer, cleaner environment for everyone.”